With a voice that simultaneously showcases warmth, appreciation, struggle and resilience, Kaïssa is an aural artisan whose music paints a lush, vivid picture of the ever-changing world around her.

Born in Cameroon, Kaïssa immigrated with her family to France at the age of 13 and now resides in New York City. The remnants of her transcultural shifts are still present in her music, which fluidly interweaves contemporary issues with traditional and modern influences.
Whether singing about the beauty of the trees, or the harsh realities of war, Kaïssa’s lyrics are made even more powerful in their simplicity. Definitely optimistic, her new songs call for attention to the plight of many places in the world, ravaged by the evils of man, but always helpful that the change for the better is just around the corner.
When going down the list of traits that truly make an artist great, one attribute that stands out is honesty. Honesty in lyrics, honesty in performance, and honesty in presentation. Music connects with the soul when it is without pretense, the heart knows when it is hearing a lie. Kaïssa’s music is an example of just how beautiful the truth can be. 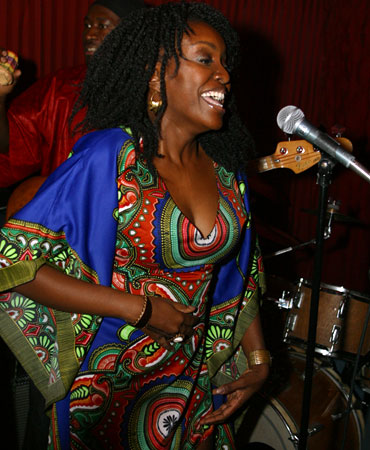 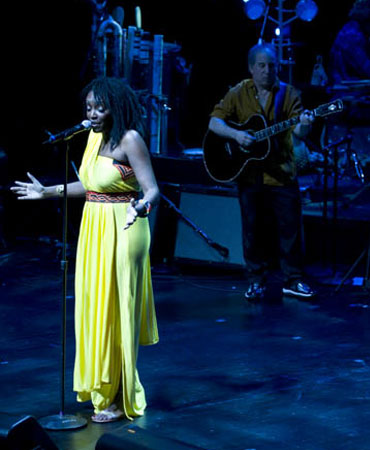 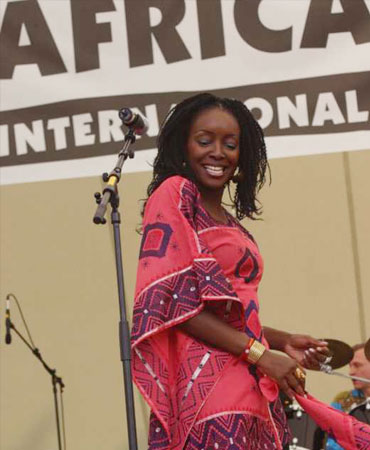 Appearing with her band at the Africa Festival
·
2004 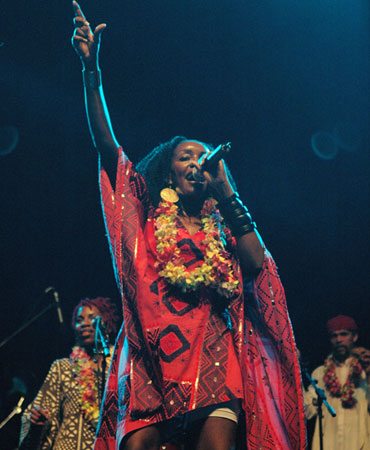 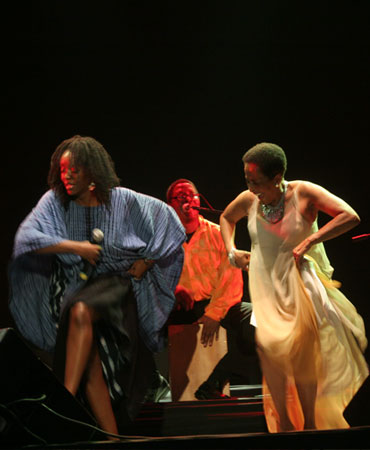 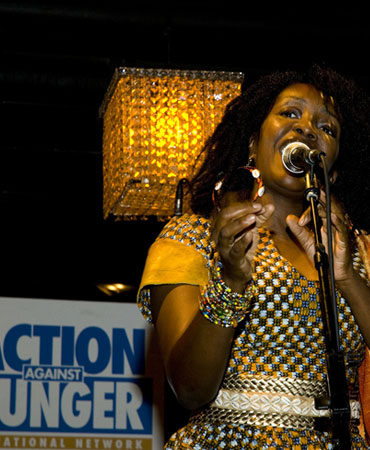